The Charlotte School of Law, also known as Charlotte Law, was an independent college founded in Charlotte, North Carolina. Owned by InfiLaw System, the college was first opened in 2006 and fully accredited in 2011.

Charlotte Law was located at 201 South College Street in Uptown Charlotte. It housed the school’s law library, its classrooms, offices, bookstore, and an appellate courtroom.

Through their learn-by-doing approach, the college aimed to provide its students with real-world experiences of practicing law. The goal was to make law more than just words on paper, and let their graduates leave campus with some tangible experience under their belts.

Their student-centered approach also focused on giving back to the community, and students were obligated to complete a period of pro bono work before graduating. They also had a Cooperative Legal Education Program.

Charlotte Law took special pride in arming their students with practical skills and community-centered values, emphasizing that these are the makings of exceptional lawyers. They advocated for public service and externships, as well as co-op programs and other hands-on ways of providing valuable experiences to their students.

The college organized academic and moot court competitions throughout the year, aiming to develop the legal, oral, and presentation skills of their students. 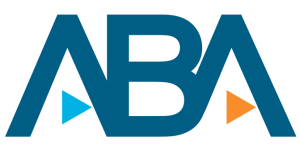 Charlotte School of Law was also one of two North Carolina ABA-approved colleges that offered evening part-time programs for its law students. Aiming to allow working professionals a chance to get their law degree without having to sacrifice their income, the school was renowned for their work with the less privileged who wanted to practice law. There was also a day part-time program offered as an additional option for students who could not commit to a full-time program for any reason.

Charlotte School of Law also operated a Professional Development Center, which provided career counseling and a resource center for both its students and employers. The Center also offered recruitment opportunities through job ads, networking events, and on-campus interview programs.

The Charlotte Law Review, a legal journal edited by Charlotte Law students, was published twice a year, in the spring and fall. It also accepted manuscripts from authors outside the school’s community.

A Turn for The Worse

Unfortunately, despite its ambitions and focus on its students, Charlotte Law has faced serious allegations and was eventually forced to close its doors. In 2016, the American Bar Association put Charlotte Law on probation, citing compliance issues relating to the school’s admission policies and practices, which ultimately led to the school closing down the following year.

A class action was also filed against Charlotte Law, and a 2.65 million dollar settlement was awarded to 2500 former students of the school. A suit has also been initiated against the hedge fund that owns InfiLaw. The school itself has filed suit against the American Bar Association, citing violations of its rights to Due Process during the accreditation revoking procedures.